Headlines
You are at:Home»Departments»The Gleaning Project

Sweet berries, juicy tomatoes, crisp apples. Buying fresh fruits and vegetables is something many of us may take for granted. But for some people in our community, it’s not even an option. That’s where The Gleaning Project comes in—a collaborative nonprofit effort in South Central Pennsylvania created to reduce food loss on local farms and increase food security in our communities.

First founded as the Adams County Gleaning Network in 2009 by Jerry and Jan Althoff, the program was created as a community initiative to help the food scarcity problem in the county. The Althoffs recognized the need and also realized how much fresh produce was lost each season on local farms. So the couple connected Adams County farmers and backyard gardeners with excess produce to fill the gap.

“The program was such a success and was growing in leaps and bounds,” says Gleaning Coordinator Lori Mitchell. “Its great success became overwhelming for Jerry and Jan, who owned Countryside Gardens and ran the community initiative after work and on the weekends for four years, and they wanted to look for an organization that would take it over.”

That’s when the South Central Community Action Programs (SCCAP) stepped in and adopted the program in 2013. What started with one part-time worker in Adams County now has two full-time employees, and in 2014, SCCAP expanded to Franklin County. Working with 62 growers, 54 community partners, and 310 volunteers, they rescued more than 200,000 pounds of produce. The growth continued from 2015 to 2018, with both counties gleaning between 240,000 to 300,000 pounds of produce each year; that bounty fed more than 26,000 food-insecure individuals in the community. 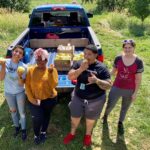 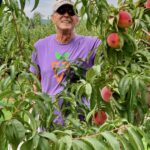 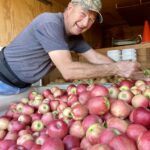 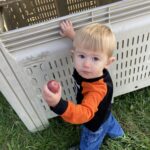 How Does Your Garden Grow?

From the beginning, Jerry Althoff, who passed away in 2020, knew this project would be a worthy one. “Jerry saw something about gleaning on a postcard he received,” says SCCAP CEO Megan Shreve. “He thought this was something that could be done locally and started this amazing initiative to fill the food gap with really healthy, nutritionally dense foods.”

The year-round program relies on farmers and backyard gardeners who grow a row (or more) for the program. Volunteers then help glean the produce, which is brought to produce stands that are placed at the back of the buildings by the food pantry entrances at each of the SCCAP locations in Gettysburg and Chambersburg. These fruits and vegetables, which vary by season, are free for anyone who lacks access to local, fresh produce.

While the program has many positives, storage is one drawback it faces. “The project is limited by the amount of produce it can hold at SCCAP,” explains Mitchell. “But one of our volunteers is part of the Lions Club and recently, all local Lions Clubs raised funds individually that were then given toward an $80,000 grant for a new refrigerated walk-in unit.
This wonderful opportunity allows us to take the current refrigerator we have to the food pantry, giving us even more storage space.”

Should any produce not be claimed, the farmers pick up what’s left to feed their animals, so only a minimal amount isn’t used.

In addition to the produce provided to those in need, The Gleaning Project offers free preservation classes to the community. “We believe that knowledge is power,” says Mitchell. “We teach people how to preserve the food so they can have a fresh source of fruits and vegetables throughout the winter.”

One of these classes was on canning given by Penn State College of Agricultural Sciences. Additionally, the produce stands always have recipe cards in English and Spanish so that when someone sees a vegetable or fruit that they don’t know, there’s a recipe for them to try.

“When Jan and Jerry brought this to SCCAP, it was at the same time we were talking about food scarcity for families in the county,” Shreve says. “This program was the right community solution that allowed us to work with senior centers, food pantries, and homeless shelters. When we started, we were bringing in 60,000 to 80,000 pounds of fresh produce, and we thought that was brilliant. We had no idea what was coming.”

To learn more about The Gleaning Project and how you can help, visit
www.thegleaningproject.org or reach out to Mitchell directly at 717-884-8373.

The Gleaning Project’s two annual fundraisers are not to be missed:

Raising awareness of food insecurity in our community has never been more delicious. Gather with local artists, who create ceramic bowls for you to choose from, and local restaurants that make gallons of soup for you to enjoy.

Volunteers spend an entire week in August gleaning fruit and vegetables around Adams and Franklin counties. Close to 30,000 pounds of produce can be collected in one week!