Abraham Lincoln once observed, “The greatest fine art of the future will be the making of a comfortable living from a small piece of land.”

According to a recent National Gardening Association survey, vegetable gardening is on the rise. There are several theories surrounding the trend—healthier economy, growing interest in the origin of food production, garden-to-table chef trends, and the sheer challenge of gardening in small spaces. While this may be the trend in today’s America, Gettysburg civilians living during the Battle of Gettysburg harvested gardens for basic survival. Many families heavily depended on their gardens for sustenance and healing.

During the Civil War era, there was a “standard” list of heirloom vegetables that most families used to plant a hearty vegetable garden. This harvest would not only feed the household during the season but also throughout the harsh South Central Pennsylvania winter months. It was therefore essential for most 19th-century Gettysburg families to have some sort of house or barn cellar to store canned vegetables and vegetables that could withstand the winter in cold storage.

Families also grew “fruit gardens” but were advised to plant fruits in a separate space. Common fruits of the day were mainly berries, cherries, watermelon, and muskmelons.

The “rules” of maintaining a successful garden weren’t very different from today’s standards. According to an 1862 issue of American Agriculture, gardeners were advised to “be ever vigilant…should not allow weeds to get the start of him, nor the insects to destroy his tender vines and plants before he is aware of it. He should do all of his work in a neat and systematic manner, have his rows and paths straight, and his curves true and regular…he should keep his tools carefully housed when not in use, and have them cleaned after using, so that they may remain bright and last longer.” 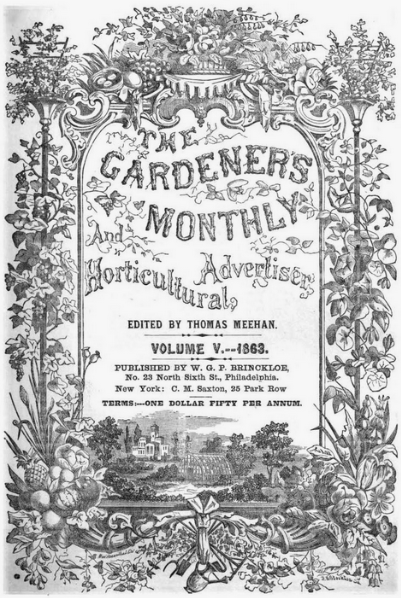 Herbs and plants were planted in Civil War-era Gettysburg gardens not only for fragrance or flavor but also for healing. Common varieties included garlic (to help with scurvy, deter fleas, and sometimes used as an antibiotic), sage (to soothe a cough or sore throat), thyme (often used as an antiseptic), and rue (to assist with digestive issues and to promote menstruation).

Today, seasonal visitors to Gettysburg National Military Park (GETT) can see a rehabilitated historic garden at the Joseph Sherfy Farm. In 2010, the Gettysburg Foundation partnered with GETT to revive the Sherfy garden to its historic appearance and function as a thriving garden. Zach Bolitho, chief of resource management for GETT and the Eisenhower National Historic Site, says GETT “designed the current garden from researching and visiting gardens that were typical for that time period in our geographic locality.”

As a result of the successful rehabilitation of the Sherfy Garden, Gettysburg Foundation and GETT are again partnering to rehabilitate the vegetable garden at the Michael Bushman Farm. This season will be the garden’s modern debut and will follow the same historic guidelines used in rehabilitating the Sherfy Garden.

On July 2, 1863, the Bushman farm was crossed by Confederate troops attacking Little Round Top and Devil’s Den, and the barn more than likely served as a field hospital. Like many other Gettysburg residents, the Bushman family, who left before the battle, suffered losses, theft, and property damage.

Visitors to the Gettysburg battlefield today not only learn about Civil War army movements and tactics but can also take a glimpse into the civilian experience. Sometimes they may even uncover something that looks similar to their own backyard.