Headlines
You are at:Home»Feature Article»For the Love of a Horse

Just outside Gettysburg, surrounded by the beautiful rolling countryside, sits Ryan Show Horses.
At first glance, passersby may think that this is another high-end establishment with champion show horses. Of course, they wouldn’t be completely wrong. But what they might not know is that this farm not only houses prize-winning Arabian horses, but it is also home to some of the most down-to-earth people and a lesson and training program geared to all levels of riders, beginners to advanced.

Behind the business is husband-and-wife duo Johnny and Christine Ryan, both of whom have been involved with horses all their lives. While Johnny is from Texas and Christine from Massachusetts, both spent their teenage years involved with Arabian horses, a breed they both came to love for its beauty, intelligence, and personality.

“Arabians are the perfect horse with an in-your-pocket mentality,” says Christine. “They are beautiful and kind, perfect as a family horse or for young riders. Sometimes, they act more like dogs than horses.”

This appreciation of the Arabian breed is what led Johnny and Christine to become trainers who work with Arabian and Half-Arabian horses in Saddle Seat, Hunter and Western Pleasure, Show Hack, Native Costume, and Driving. While Johnny’s career began straight out of high school, Christine attended college first and then followed her true passion to become a trainer. 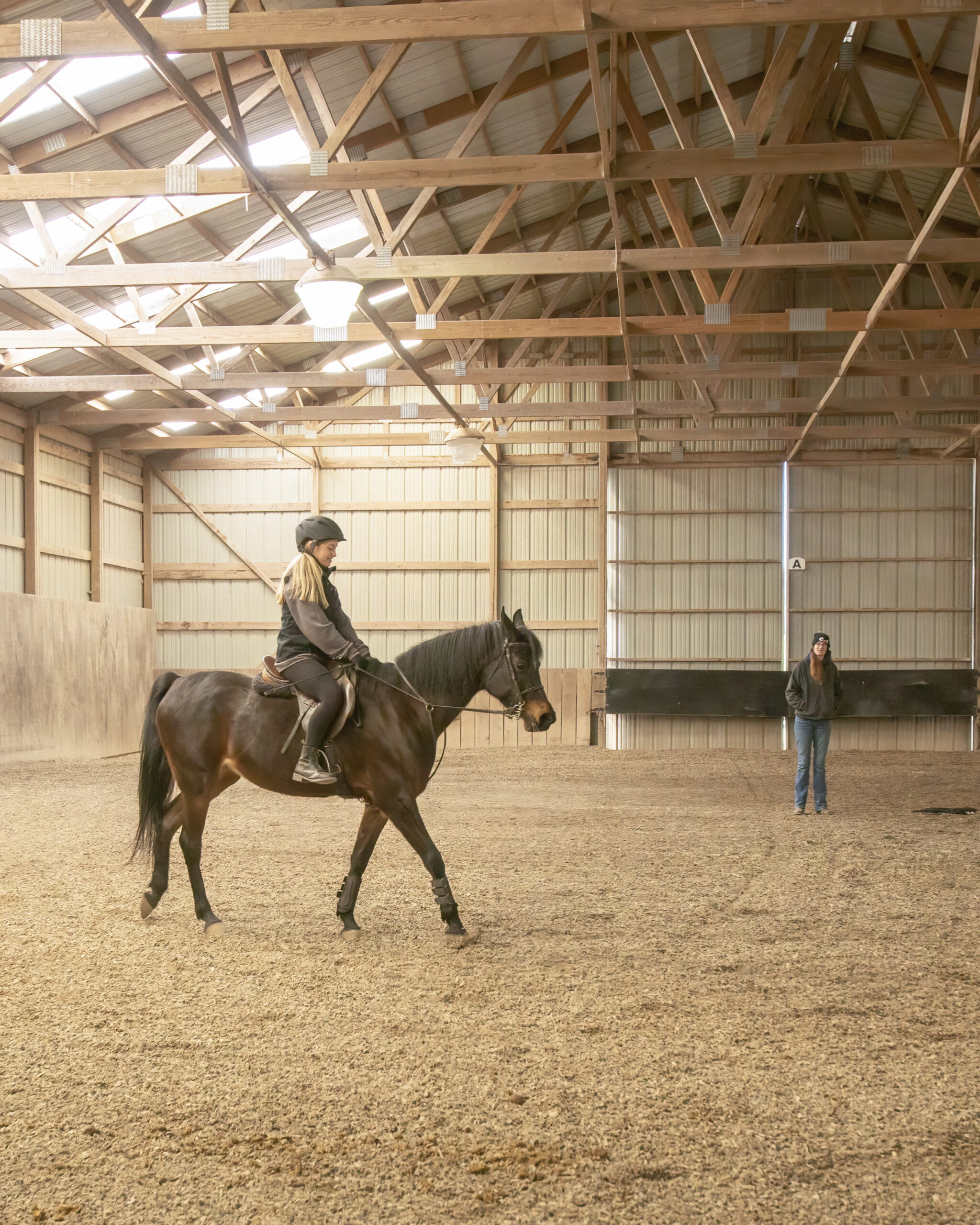 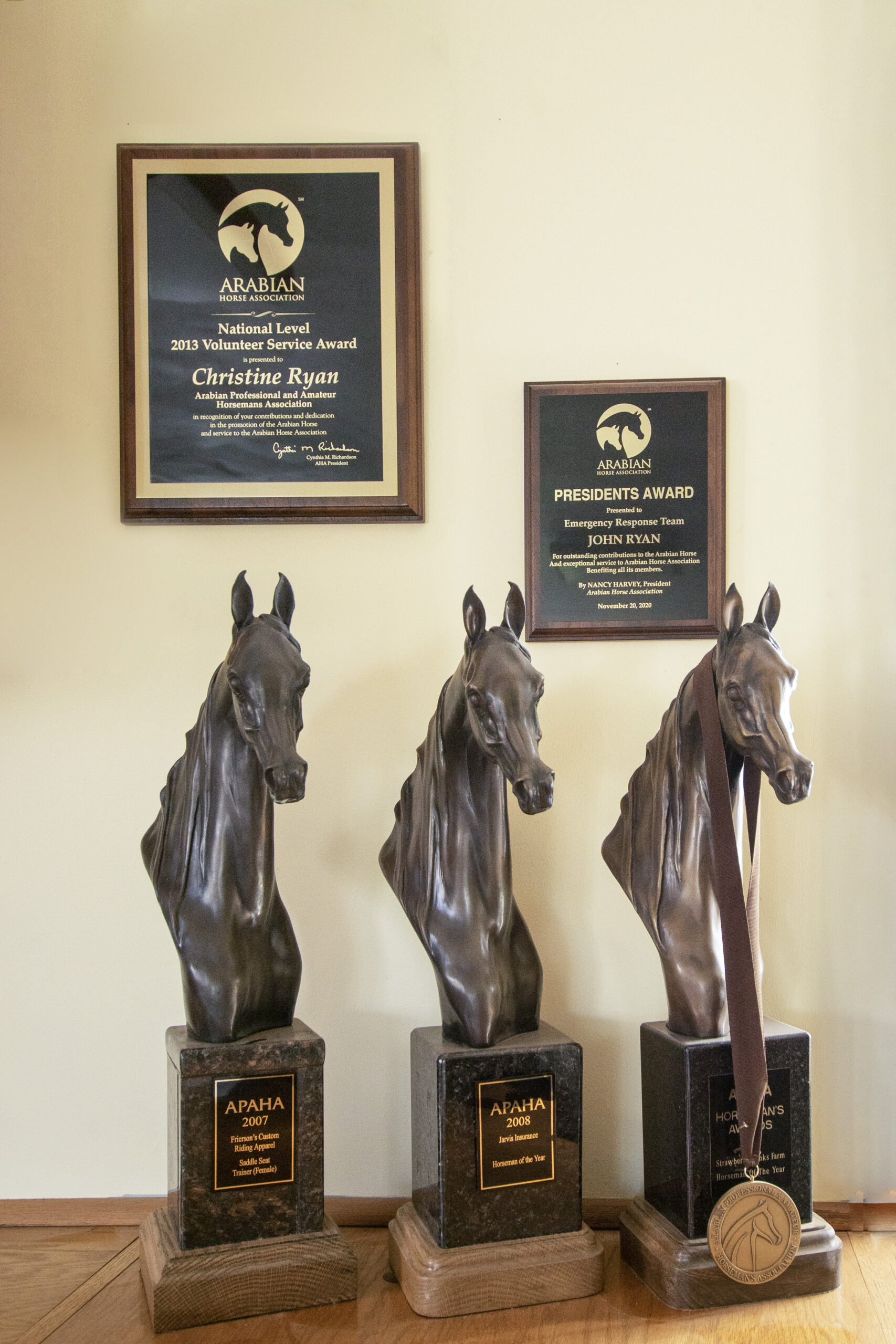 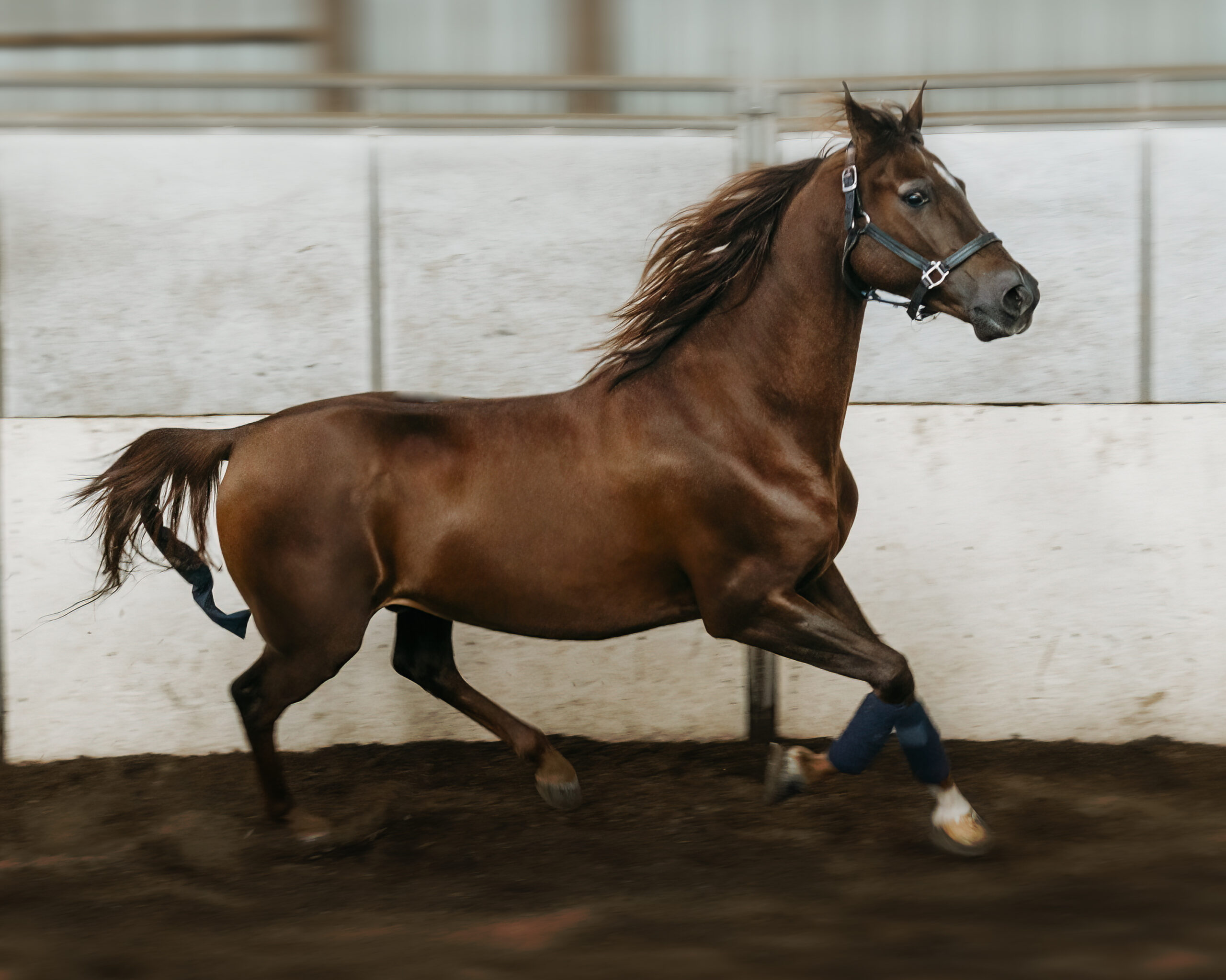 The couple met at a horse show in November 2013 and continued their commitment together to the breed and its future, not only in the regional and national Arabian community, but locally, too. Today, Ryan Show Horses serves not only clients who want to own and compete, but the everyday horse lover who wants to experience horses for the pure joy they offer.

“One thing that we do is really work hard for our people,” says Christine. “We like to say we make dreams come true for little kids who are horse crazy to older people who rode as a kid and now want to ride again. There is truly something special about the confidence that comes from riding a 1,000-pound animal.”

There is so much that goes with riding—not only the ability to ride, but understanding the responsibility of caring for a horse. The Ryans are good at teaching riders from the ground up so that the horses always come first and are cared for properly. So even the once-a-week riders must learn the groundwork of grooming, saddling up, and caring for

the animal after a ride. No detail gets overlooked, and every rider leaves the farm with a better understanding of what it takes to be a good horseman.

With more than 30 horses on the farm, the Ryans have a full plate—and they wouldn’t want it any other way. There are 25 to 30 horses in training and 12 to 15 riders/owners under Johnny’s tutelage. “Both Christine and I teach, but my true passion is working with the amateur rider,” he says.

One of those riders is Melissa Fry, who travels from Davidsonville, Maryland, to the farm. Fry trained with Johnny when she was younger and then took a break from riding while she went to college and later started a family. But when she discovered the Ryans were within a 2-hour drive, she decided to rekindle her passion for riding and the Arabian horse. Today, Fry owns five horses, all under Johnny’s training.

“The care and training Johnny and Christine provide is top notch,” says Fry. “But it’s also a very family-friendly environment, which is important for me and my kids.”

Fry attends and competes at shows throughout the year, including the U.S. National Arabian & Half-Arabian Championship Horse Show in Tulsa, Oklahoma, each fall. “Everyone at the farm is like family, and we have so much fun when we attend shows,” she says. “It’s about competing but also about having a good time. Johnny is an amazing cook and is always cooking for everyone. Even my husband (not a horseperson) enjoys the time we spend at the shows.”

Johnny and Christine want their clients to feel like they are part of the family, and horse shows just become home away from home. “We travel around the country, competing at six to eight shows per year,” says Christine. “These shows are a time for us to really come together and enjoy each other. At the big shows like Nationals, we’ll take campers and cook together.”

Of course, it’s not all fun and games. It’s also about the competition, and the Ryans proudly claim various championship titles while also providing winning rides for their amateur owners. Last year they were in the Top 10 against 50 horses at Nationals and also claimed a Reserve Champion title.

While the Ryans have many adult amateur clients from as far away as Delaware, Florida, and Nevada, they also happily work with kids and adults who are eager to learn how to ride, groom, and care for the horses. “We really enjoy sharing the love of the Arabian horse with people and offer public lessons that are small and personal,” says Christine. “We recognize that there are people who just want to ride and have zero interest in showing. There are some people who show once a year and some who will show four to five times. We even teach people who want to learn to ride for a vacation they’re going on.”

Young rider Haley Klunk has been riding for five years with the Ryans. Now 12, she competes at the smaller shows, but mostly just enjoys being around the horses. “I take most of my lessons on Dancer,” she says. “But now that I’ve been riding more, I get to ride other horses, too.”

“We’re like one big family,” Christine says. “We eat together, travel together, barbecue together. We’re an eclectic group, and we really have fun.”