Downtown Gettysburg contains a hidden gem. Off the beaten path, tucked in between Water Street’s industrial buildings, sits Mason Dixon Distillery. But, it won’t be a secret for much longer—the small batch distillery and restaurant is quickly becoming a favorite among locals. 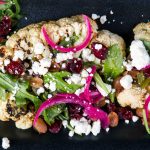 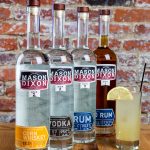 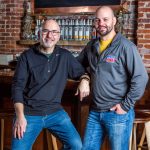 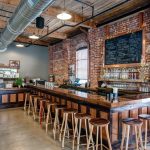 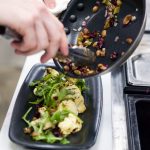 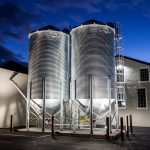 Mason Dixon, owned and operated by the father-son team of George and Yianni Barakos, occupies the former Gettysburg Furniture Factory founded by a group of Adams County businessmen (also including a father-son team) around 1901. More than 100 years later, Mason Dixon Distillery is bringing the former factory back to life and writing a new chapter in its history.

Yianni Barakos, 31, a second-generation Greek American, recalls building a working still based on his grandfather’s hand-drawn sketch—at the age of 11. “He was a coppersmith who was in charge of his village still, back in Greece,” Yianni says. Today, you could say that Yianni is running Gettysburg’s version of a village still.

After earning a college degree in business administration, Yianni pursued a career path in the construction industry, working as an assistant project manager, still intrigued by the process of building things. In July 2012, a vehicle making an illegal left-hand turn in front of him caused a life-changing injury and a long recovery. It was during this time that Yianni decided to revisit his childhood dreams, create a business plan, and, as soon as his health allowed, open a distillery.

After an apprenticeship at Smooth Ambler Spirits in West Virginia, and classes at Chicago’s world-famous Siebel Institute, Yianni focused on finding the right location. “Gettysburg was on my radar screen from the beginning because I was born in Hanover, and I spent a lot of time here growing up.”

“This 100-year-old building was an incredibly warm space,” Yianni says. Original brick walls, exposed beams, and thick concrete floors harken back to the restaurant’s industrial past. After a year-and-a-half-long renovation, the father-son duo opened Mason Dixon’s doors on July 1, 2016.

Patrons can choose from Mason Dixon’s drink menu, featuring unique cocktails made from the distillery’s aged rum, white rum, corn whiskey, and vodka; and/or the food menu’s small plates crafted by head chefs Sam Strock and Cameron Matney. “They are an incredibly talented pair of chefs, and it was important to have a unique menu,” Yianni says. “A lot of it is comfort-food based, with southern dishes plus earthy Appalachian flavors.”

Offering small plates allows patrons to order a single plate as a snack accompanying a drink, or flexibility in ordering two or three plates for lunch or dinner. Shrimp & Andouille Hush Puppies, and deep-fried Brussels Sprouts paired with dried fruit, nuts, honey, and lemon, are two of the most popular items, Yianni says.

Mason Dixon’s own spirits have historic roots: “We secured an ag lease to grow our grains on the Gettysburg Battlefield,” Yianni says. He is especially proud of the fact that Mason Dixon liquors contain “big character and flavor” without additives. “There’s no glycerin, citric acid, or sugar,” he says.

“Our clear rum is made from 100-percent molasses. Most are made from processed sugar. But with ours, notes of the molasses come through to give it dark rum characteristics. For a clear spirit, it’s incredibly complex.”

Additionally, Mason Dixon makes its own syrups for truly hand-crafted cocktails including a Lavender Lemonade combining vodka with fresh lemon juice and lavender syrup. The Dark and Stormier features clear rum, ginger beer, and lime, edged with a molasses-swirled glass rim. Tours of the distillery are also available.

Yianni is especially grateful for the partnership with his father. “It’s funny—when I was little I went to work (at the family restaurants in Lancaster County) with my father a lot,” he says. “I’ve come full circle…We’re similar in a lot of ways, so we work well together.”

George, who oversees the restaurant’s management and baking, says he and his wife have enjoyed moving to Gettysburg.

“All of my kids love to cook,” George says, “but I never thought it would lead to this. Working with Yianni makes life interesting. It’s been rejuvenating.”

Reflecting on the project, co-owner Yianni Barakos says, “I signed the lease before my mother saw it—she cried when she first came in because she thought it was too much work. And, there were times when it felt like we would never reach completion, but everything came together—restoring a rundown, 9,000-square-foot building to better-than-new quality, producing spirits, developing a menu…my mother is in awe or disbelief that we pulled it off.”