Headlines
You are at:Home»Departments»Fourscore Beer Co.

Gettysburg’s Newest Brewpub is History in the Making

Five years of dreaming, planning, and clearing hurdles paved the way for the South Washington Street brewpub to open its doors.

“It started out of a love and appreciation for good beer,” says Drew, 40.

While the Leedy family name is synonymous with good pizza in Gettysburg—Drew and Wade’s grandfather opened Tommy’s Pizza in 1973—the family’s newest venture into brewing is history in the making.

Finding a brewpub location was one of the biggest challenges the brothers faced.

“We explored all our options, including redoing Tommy’s,” says Wade, 43. “We looked at this building [where Fourscore is now established]but the zoning was residential, even though it had been a business, and we walked away from the idea for a little bit.”

The site, located only a block from Tommy’s Pizza, coincidentally housed a longtime beer distributorship-turned-auto parts store. Patience and persistence paid off, as Gettysburg Borough officials agreed to zoning changes that allowed Fourscore Beer Co. to put down its roots. The entire building, except for its outside walls, was gutted and renovated. 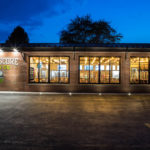 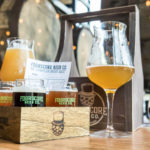 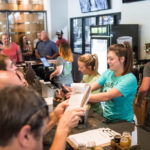 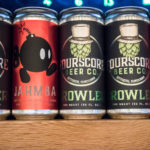 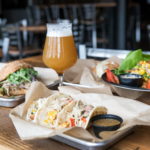 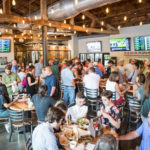 Jill Rohrbaugh of Hanover’s Architecture Workshop served as the project’s architect, Littlestown’s Mark Austin was the builder, and Gettysburg sign maker Marty Mummert’s design touches accent the interior. A slideshow on a monitor behind the bar details the renovation process.

Brewing Up Something for Everyone

Speaking of process, the on-site brewery is the backbone of the business. Visitors can see its stainless steel tanks on one side of the brewpub while gazing at rows of barrels lining the other side of the restaurant.

“Gettys Brau appeals to most everybody and is 100 percent made from grain grown in Pennsylvania,” Wade says. “Hop Hat is a house IPA that’s approachable, not overly bitter, an IPA for everybody. And Time Keeper is an American Double IPA with nice aromas.”

The Leedys connected with head brewer Ben Little about three years ago on Twitter and began experimenting with a lineup featuring a wide variety of beers to offer something for everyone.

“It’s extremely rewarding to hear positive comments, and it pushes me to keep getting better,” says Little. “It’s taken a lot of planning—the old adage blood, sweat, and tears.”

The Leedy brothers tapped longtime Gettysburg chef Zak Smith to design Fourscore’s brewpub menu. “The kitchen is not very big, so we knew it wouldn’t be a big menu, but it needed to be good,” Wade says. “Almost everything is made in-house.”

Smith, who previously worked in the kitchens of The Pub, The Blue Parrot, and Appalachian Brewing Company, says working at Fourscore presented a “first.”

“This is the first time I had the opportunity to create an entire menu,” he says. “There’s a sense of pride in putting out your own food that I can’t explain.”

We tried the warm, hand-breaded Fried Mozzarella off the small plates menu—served with a zesty garlic-tomato purée underneath—along with the Catfish Tacos, featuring hand-breaded Chesapeake Blue Catfish. The house-made naan and citrus slaw topping easily make these tacos “the star of the menu,” Smith says—and we agree.

The 603 is a beautiful, colorful salad topped with roasted corn and avocado salsa plus fried chickpeas. And the accompanying tangy Tangerine-Chipotle Vinaigrette has quickly become a brewpub favorite.

“We’re very proud of where we landed with everything,” says Drew.
The brothers and owners say they’re thrilled to have excellent employees in place at Fourscore, while they continue to manage Tommy’s Pizza—where four of the 10 taps always feature Fourscore beers.

“We’re hoping to make Fourscore a spot where Gettysburg residents and tourists alike can hang out and enjoy good food and beer,” says Drew.

“What’s next is just making this place rock,” adds Wade.

Gettysburg’s restaurant industry is in their blood—and likely will be for years (fourscore?) to come.

“We were born into it and raised in it,” Drew says.

What’s Next for Fourscore?

Special canned releases are available every month—and the Leedys predict November’s flavored stout will be popular. The exact flavor was a
secret at the time we went to print with this article.

Fourscore menu specials will keep the lineup exciting. For example, the brewpub recently introduced a chili made with beer, accompanied by pretzel logs. And the Leedys brought back the Plaza Crab Cake, which many Gettysburg residents remember from the former Plaza Restaurant, owned by the Leedys’ grandparents. One batch of the special crab cakes only lasted through one dinner and one lunch cycle—so if they’re available again, you’d best hurry to get a taste.

Free parking is available along Gettys Street. Through a relationship with WellSpan Gettysburg Hospital, the adjacent 40-space hospital lot is available to Fourscore patrons anytime on weekends or weekdays after 4:30 p.m.